Why do working pages on my website appear as broken?

There may be a time where Site Audit may show that some of your internal pages are reported as broken but are actually still fully up-and-running. While this does not happen often, it can be confusing for some users.

If you believe it’s happening because of a crawler issue you can learn how to troubleshoot your robots.txt in this article.

You can also lower the crawl speed in order to avoid a large number of hits on your pages at one time. That is why you could see this page as a working one, which is right, and our bot was unable to do so and reported the false-positive result. 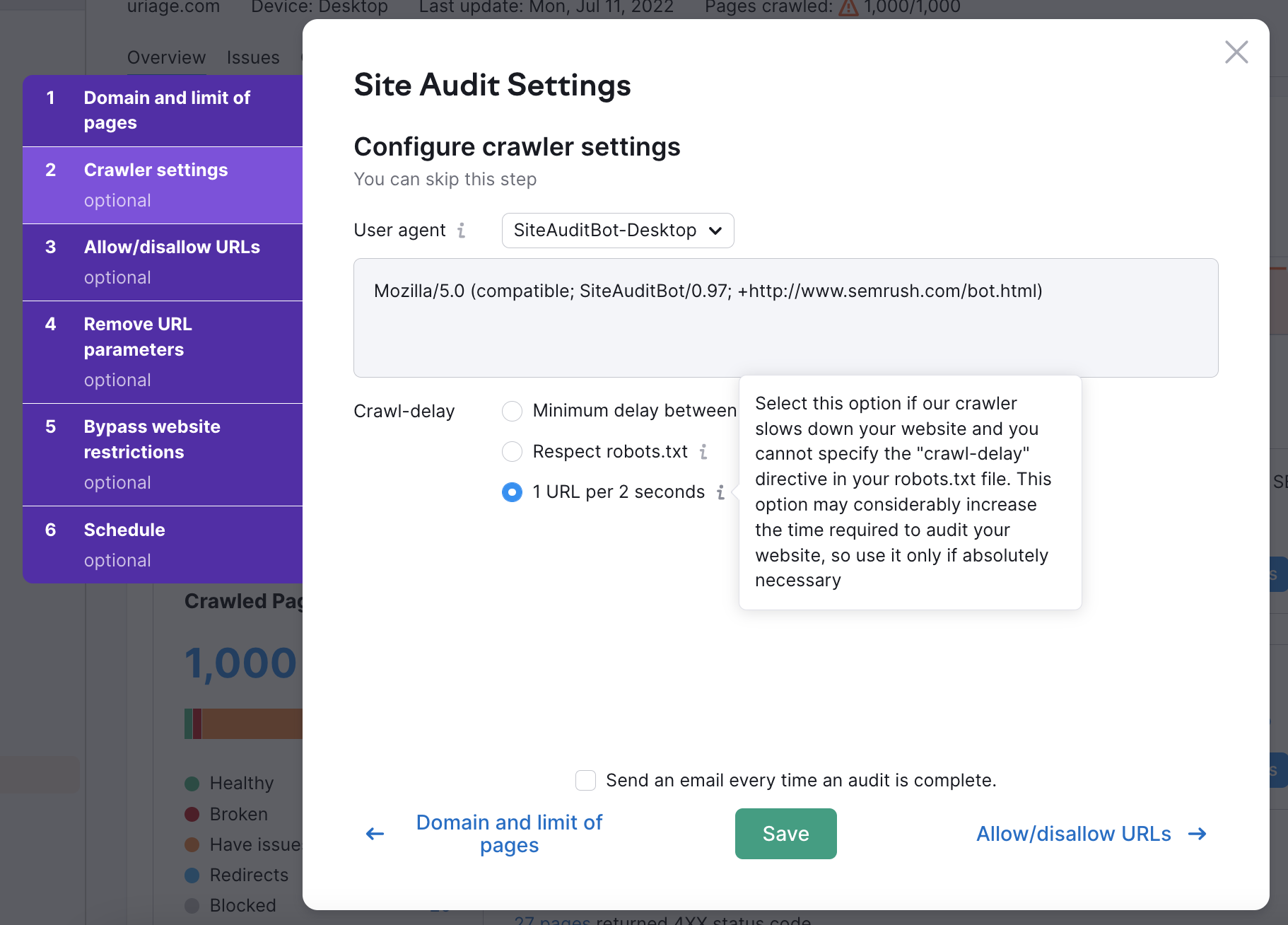