How do you collect data to measure Core Web Vitals in Site Audit?

Core Web Vitals are a set of metrics that measure the loading performance, interactivity, and visual stability of a website. From May 2021, they became a confirmed ranking factor for Google, so it is important for webmasters to address these areas.

With this in mind, Semrush has incorporated a Core Web Vitals report into the Site Audit tool. Here’s how we collect the data that makes up that report. 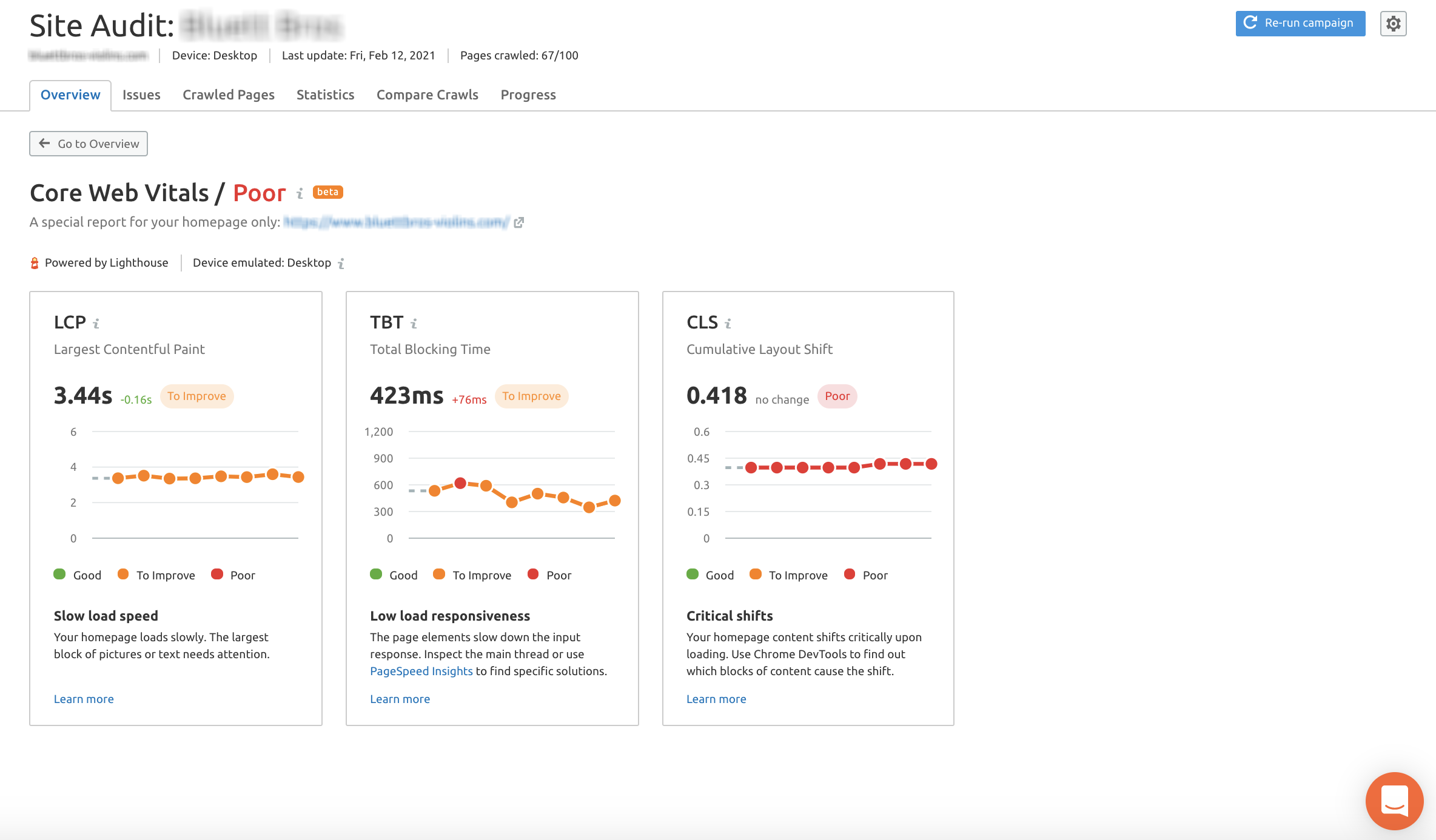 The primary tool that we use for data collection is Google Lighthouse, which is an automated, open-source program that can measure Core Web Vitals in a lab environment.

Specifically, it measures Largest Contentful Paint (LCP), which judges the perceived load speed of the page, and Cumulative Layout Shift (CLS), which quantifies the amount of unexpected layout shift in the visible page content.

The third Vital is something called First Input Delay (FID), which quantifies the user experience when the user first interacts with the page. However, this is a user-centric metric that cannot be recreated in a lab environment so, instead, Site Audit uses Total Blocking Time (TBT), which, according to Google, is an excellent lab-based proxy for FID.

It’s worth noting that our servers are based in the US, so there could possibly be a delay for other countries. In this case, we recommend monitoring the differences between crawls to better understand your progress. Google PageSpeed Insights is a highly recommended tool for this.